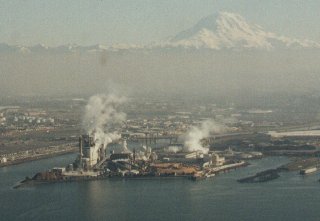 The Simpson Tacoma Kraft mill in Tacoma, Washington with Mt. Rainier in the background.

I just want to point out that the following is not a tribute to Chuck Whitt (me), it's just that the pictures that I have all have me in them. I would be especially pleased if Local 237 members would submit some pictures to add to this small collection. 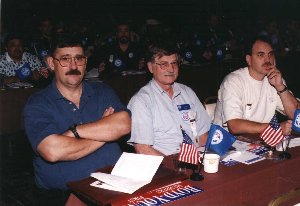 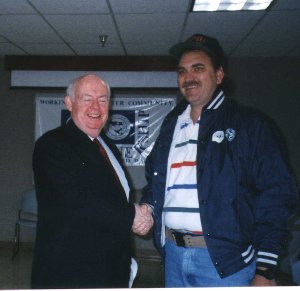 AFL-CIO President John Sweeney and Local 237 President Chuck Whitt (1996-2004) during Sweeney's visit to the Simpson Tacoma mill during the summer of 1998.  Is this normal for Sweeney to have his eyes closed to the rank and file? 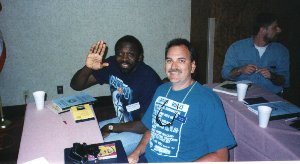 Standing committee member Wallace Simms and Local 237 President Chuck Whitt (1996-2004)  at the UPIU Region XI conference in Las Vegas, Nevada in March of 1998.   The conference was at the Riviera, and the service was terrible.  Stay away from there! 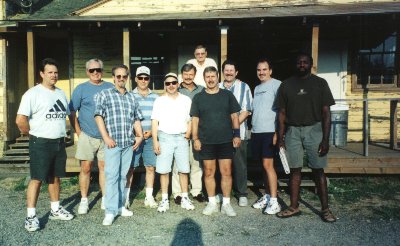 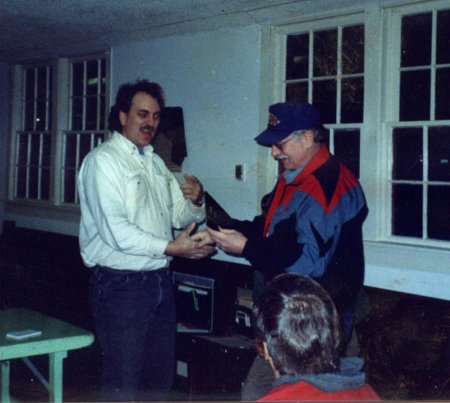 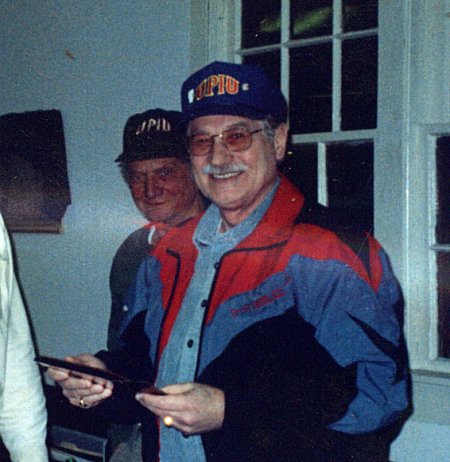 January 1996 - President Frank Huie (1992-1996) is being honored by President Chuck Whitt (1996-2004) for his service to the Local. President Whitt is giving President Huie a plaque and a dinner certificate. The dinner certificate was so that Frank could take his wife to dinner to help repay all the sacrifices she made during his time as President.

Verdelle Low is in the background, with Mike Arndt's head gracing the foreground. 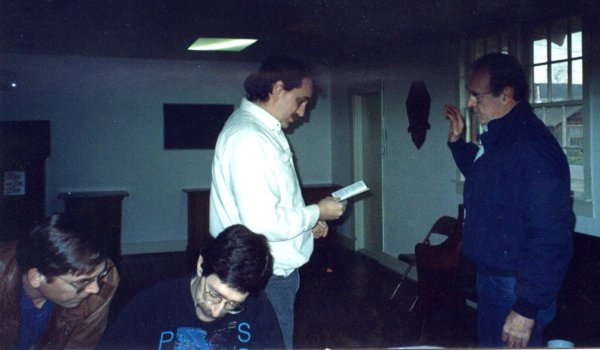